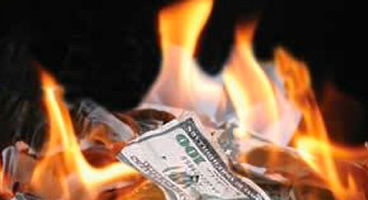 Reports of stolen PSN data being used for fraudulent charges are starting to be filed, with charges of $300 here, $600 there, a tank of gas in Connecticut, and so on. Notably, and damaging to Sony, is that these thefts occurred while Sony was still trying to figure out what to do instead of informing their users of suspected action. The PlayStation US Blog warns, "every single person’s PSN credit card details may have been and is at risk of being compromised."

The other problem with charges that happened after PSN was shut down, but before Sony made an official announcement, is that it’s hard to claim user fraud. If the user wasn’t aware their account details were at risk, Sony can’t rightly claim that these people are simply trying to milk the system by disputing charges they made.

Questions are now being raised by the Information Commissioner’s Office (ICO) in the UK, and Senator Richard Blumenthal (D – CT ) in the United States as to what Sony knew and when and what they’re prepared to do for 77 million subscribers. This gives lie to Michael Pachter's theory it's just some hackers fooling around.

<UPDATE: Shacknews editor Garnett Lee tweeted: bummer, one of our writers just saw $1500 of charges at a grocery store in Germany hit his credit card. No way to be sure but the timing...>