31 March 2011 | By Jonah A. Falcon
Activision and Beenox have announced their follow-up to Spider-Man: Shattered Dimensions with with a new multi-period game, Spider-Man: Edge of Time, that will have the player assuming the role of classic Spider-Man and Spider-Man 2099.

Instead of the four unrelated dimensions in Shattered Dimensions, Spider-Man: Edge of Time is a more linear game in which the player will jump between two time periods. The gimmick is that everything the player does in one period directly affects the story in the other. The game is being written by legendary comic book and novel writer Peter David, who also co-created Spider-Man 2099. 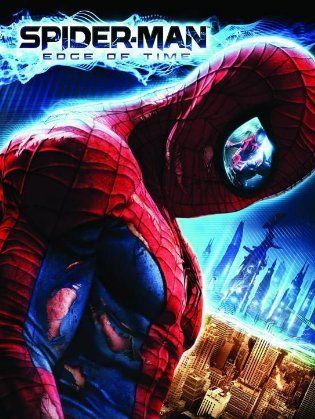 "At Beenox, we are constantly listening to the fans and looking for new and creative ways to innovate the gameplay experience for them," said Dee Brown, Studio Head, Beenox. "We want to create a totally distinct experience in Spider-Man: Edge of Time by working with Peter David on the story and creating this urgent, high-stakes experience where time is working against you and the fate of Spider-Man hangs in the balance."

Gamers attending WonderCon 2011 can check the game out this weekend. Spider-Man: Edge of Time has a planned Fall 2011 release.