Rumour: Next Xbox has Blu-ray, out Xmas 2013, "like two PCs taped together" 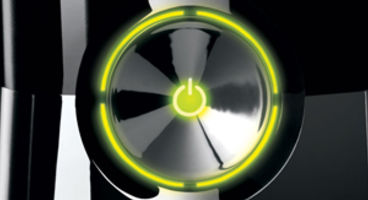 According to the latest, freshest batch of steaming rumours the next generation Xbox will be packing a Blu-ray drive, and it'll be aiming for a Holiday 2013 release window.

Apparently the Xbox hardware will also be powered by AMD tech like the next PlayStation is rumoured to be. There will be "four or six" cores to the new 'Xbox 720' CPU continue the sources.

There'll be reservations for Kinect and the operating system. There's trouble afoot though as the next Xbox allegedly will enforce 'always-on' anti-piracy measures.

That means your Xbox console would need to be always plugged into the Internet to presumably submit to constant checks of tampering with system firmware. Kinect will also be a standard hardware feature of the next generation. Details came to light from technical designer Sean Tracy from developer Crytek, who attended a 'Durango summit' in London.

Microsoft has let slip they have no intention of talking 'Xbox 720' until next year. Will Microsoft risk implementing an always-on anti-piracy measure? Will it block playing titles if offline like Ubisoft's PC DRM?