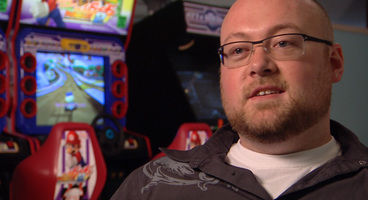 Volition design director Jameson Durall thinks that it would be a "fantastic change" for the next generation of Xbox to prevent pre-owned games from working on the machine.

In an article Durall posted at #AltDevBlogADay, Durall stated, "The system is already there for Microsoft. All they'd have to do is use the DLC and codes model they have to tie a game to your Xbox live account. Each retail disc would likely need that unique key somewhere in the code so the account would be able to link it properly. Ideally it would tie a full version to the console it is registered on so family members can play even if the main account isn't signed in, but this is exactly how their model works now anyway."

Durall then admitted that the system had some inherent flaws, such as crippling game rental services, which the developer admitted he did like. Durall then brought up the idea of Microsoft instituting its own rental scheme, where the gamer would get "a code that activates the game for X days and they are charged a small amount."

Of course, this would also make the unpleasant scenario where discs would be locked to a single account, preventing friends from lending each other games.

"Maybe they could implement something similar to what Amazon is doing with their Kindle Books lending policy," posited Durall, "The license of the game could be transferred for a set time to another Gamertag and the original owner won't be able to play during that time. Seems like it could work."

"In the end, I fully believe that we have to do something about these issues or our industry is going to fall apart. People often don't understand the cost that goes into creating these huge experiences that we put on the shelves for only $60. They also don't seem to realise how much they are hurting us when they buy a used game and how pirating a copy is just plain stealing. Maybe something as simple as educating them could help solve the problem..." Durall concluded.

One thing that was not addressed by Durall was the question of whether people who had marginal interest in a game would pay "only" $60 for it in the first place.