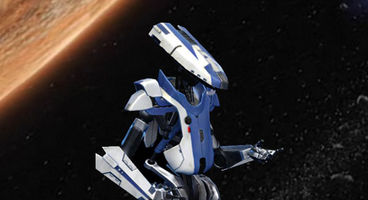 BioWare has announced on the official Star Wars: The Old Republic blog that the MMO will be down on Tuesday, 11th December as the 1.6 update is worked into the MMO.

According to the blog, "Hello everyone, we wanted to let you know that we will be performing scheduled maintenance for six hours on Tuesday, December 11th, 2012 from 2AM CST (12AM PST/3AM EST/8AM GMT/9AM CET/7PM AEDT) until 8AM CST (6AM PST/9AM EST/2PM GMT/3PM CET/1AM AEDT). All game servers will be offline during this period. This maintenance is expected to take no more than six hours, but could be extended."

The major feature of the 1.6 blog will be a new Warzone called "Ancient Hypergate". Players can team up with other players to fight for control of powerful energy pylons. The pylons will open the ancient Gree hypergate.

The update will also include six new Space Missions for each faction at Heroic difficulty.