12 November 2012 | By Jonah A. Falcon
Developer Red 5 has announced on the official site that the studio will be hosting open beta weekends throughout November and December for its third person shooter MMO Firefall.

The specific dates for the free open beta include: 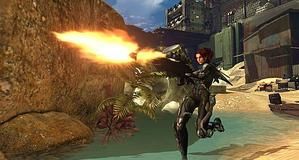