18 September 2012 | By Nick Akerman
Obsidian has already raised $1.5 million for its upcoming Project Eternity RPG. The developer wants to keep crowd-sourcing until $2.4 million is in the bag. An update on characters, parties and other aspects of the game has been provided on the official forums. 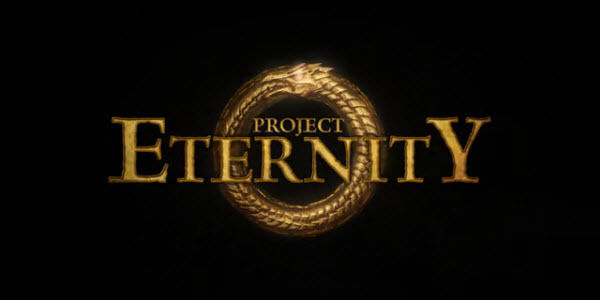 "Project Eternity is still early in development and we are still working on many of the cultures, factions, and ethnic groups of the world and debating many of the system concepts. However, there are certain fundamental things we want to let you know about the game and the setting for Project Eternity.

The maximum party size is the player’s main character (PC) and up to five companions for a total of six characters. This does not preclude the addition of temporary characters in special circumstances. Companions are never forced on the player. Players can explore the entire world and its story on their own if they so choose. We feel companions are excellent sounding boards for the player’s (and other companions’) actions, but the story is ultimately about the player’s personal conflict among the larger social and political complexities of the world.

A key element of the classic party-based tactical combat that we are developing is the use of party formations. As in the good ol’ games, you can arrange your party in a large number of set formations. You can also construct your own formations if you want to get fancy. When moving companions, you have the ability to rotate formations for more precise positioning.

At a minimum, players will be able to specify their main character’s name, sex, class, race (including subrace), culture, traits, ability scores, portrait, and the fundamental starting options of his or her class (gear, skills, and talents). We have not worked out customization details of character avatars, but we believe those are important and will be updating on these specifics in the future.

In Project Eternity, companions exist for both narrative and mechanical purposes. Companions are designed to have a driving interest in the player’s central conflict. Their personalities and motivations open plot branches and generate conflicts for players to resolve over the course of the story. They are highly reactive to the player’s actions and to the world around them. Additionally, companions exist to give players strategic management options in party composition that expand the party’s capabilities in exploration, combat, and quest resolution. It is no coincidence that there are at least as many companions as there are classes. As stated above, companions are not required to play through Project Eternity’s story, but we feel that they can add greatly to the experience.

The player witnesses an extraordinary and horrific supernatural event that thrusts them into a unique and difficult circumstance. Burdened with the consequences of this event, the player has to investigate what has happened in order to free themselves from the restless forces that follow and haunt them wherever they go.

The Nature of You

Your character is not required to be of any particular race, cultural background, sex, class, moral outlook, personality, organization, etc. The premise is that you are a victim of circumstance. How you choose to deal with your situation is up to you. You can bear it with stoicism and restraint or fly off in a rage at anyone who gets in your way. The world will react to your choices, but the game is designed to give you the freedom to play your character the way you want to.

We are still developing the races of Project Eternity, but we are creating a range that encompasses the recognizable (e.g. humans, elves, dwarves), the out-of-the-ordinary (e.g. the so-called “godlike”), and the truly odd (?!). Races and subraces differ from each other culturally, but the races also have different physiological factors that can contribute to friction and confusion between them.

Within even the recognizable races (including humans), we are creating a variety of ethnic subtypes and nationalities. This world’s races did not all spring forth from the same place, and millennia of independent development have resulted in distinctive and unconnected groups. For example, the dwarf ranger below is originally from a southern boreal region that is quite different from the temperate homes of her distant kin to the north.

Additionally, Project Eternity’s world contains some isolated races and ethnicities, but transoceanic exploration and cultural cohabitation have heavily mixed many racial and ethnic groups over time. This mixing is not always… peaceful. At times it has degenerated into genocide and long-standing prejudices are ingrained in many cultures."

There we have it.