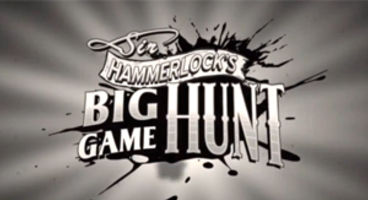 A tongue-in-cheek old timey commercial has been released by Gearbox Software to tease the new upcoming major expansion to Borderlands 2. It most assuredly is called 'Sir Hammerlock's Big Game Hunt'.

Everything in the 'leak' that was gleamed from the latest update to the game appears true, with the "savage continent of Aegris" mentioned, with the goal to hunt the most exotic creatures.

This will be the third major content released for Borderlands 2, with Captain Scarlett and Her Pirate's Booty and Mr. Torgue's Campaign of Carnage preceding it.