Blystad: Developers 'max out' new hardware within an hour 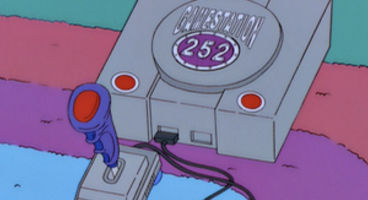 Hitman: Absolution game director Tore Blystad says the next generation of hardware platforms will soon been pushed to their technical limits by developers. It's a "very healthy" fight for resources.

As everyone looks to claw out their share of the system's limitations it "will make people optimize" their contributions to a game's elements. It's "great to get more power," but it's gone quickly.

It doesn't take studios months to try and use every inch of new hardware. Instead it takes time for them to scale back and work to balance everything out.

"Every time you get a new piece of hardware, within an hour you max it out as a developer; that's just how it is," said Tore Blystad, game director for IO Interactive's Hitman: Absolution which released this week on Xbox 360, PS3 and PC.

"You keep pushing it right to the max, every time a new system comes out you have to make a bucket for who is getting what from the memory and performance. Is the audio getting a lot? The animation? The A.I.? They're fighting for resources and this fight is very healthy because it will make people optimize the different elements of the game."

"Of course, it's great to get more power, but it's very quickly going to be sucked up by any kind of part of development. That's always the problem, right?" There's a difference between 'maxing out' the hardware and actually 'getting the most out' from it. Blystad firmly believes IO's game engine is next-gen ready.

"Now people have come to the point where they can perfect the usage of the hardware and there's a lot of new techniques in development and renderer features people can take advantage of. It takes a long time to optimize new technology for new hardware as well because there's so many new features that come along along the way," he added.

The Glacier engine "will serve as a very good platform for the next generation, because when we get more power you can throw a lot more flair at things" that you can now, more easily.

"Our lives are going to be a little bit easier for a couple of years now." As long as that means great games.