Spencer: Xbox "kind of full in the racing space" for PGR to return 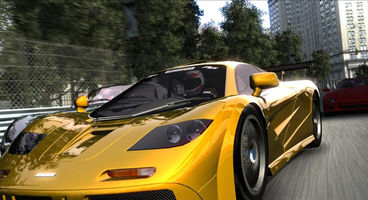 Project Gotham Racing has been missing its wheels for a time now, and it seems it'll remain that way for a while yet as Microsoft sees Xbox as "kind of full in the racing space" for the time being.

Microsoft Studios VP Phil Spencer believes the "real secret sauce" of PGR was its Kudos system, and there's "a lot of love" for the franchise. Unsure if they'd have a third racing IP.

Forza Horizon and Forza Motorsport are their first-party racers which each offering something different from one another. Project Gotham Racing could return one day.

"I think the Kudos system that we had in PGR was the real secret sauce," Spender told IGN. "I thought that was the thing that people really loved. It had a great feel, it was there at launch, which I think was important." There were rumours earlier this year of a new PGR title in the works which the corporate VP addresses.

"I think some of the rumors around PGR were probably us working on Forza Horizon with Playground, and I think people just kind of were guessing that it was a PGR game."

"We talk, Alan Hartman and I," referring to Forza's Turn 10 boss, "talk about PGR. I think we're kind of full in the racing space right now when we think about our franchises, but I know there's a lot of love for that franchise out there and it'd be interesting to think about what we could do."

"I don't know that we'd ever have three console racing franchises. That seems like a lot for a first party with Forza Horizon and obviously Forza Motorsport," continued Spencer, noting the differences between Forza Horizon and Forza Motorsport. "Forza Horizon, I'd say, it's not PGR from an arcade style, but it's not me sitting on a circuit running lap after lap. It's more of an open-world." PGR could end up being too similar and therefore be a disservice to fans.

Spencer would also like to see Gears of War for Xbox One providing the series has 'fresh life' breathed into it.

Project Gotham Racing was created by Bizarre Creations who was then bought by Activision in 2007 for $107.4m and later shut down in late 2010, ending the studio's run after it released racer Blur the same year to poor sales.