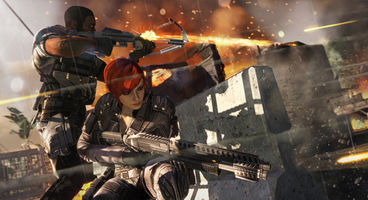 With the full release of Fuse from Insomniac Games due out May 28th, today we learn that EA and the studio will be launching a demo of the co-op action shooter next week on May 7th for Xbox 360 and PS3.

We get to play as each of the four "elite operatives" in the demo as we switch between them using LEAP at anytime during combat. It also promises "deep RPG-like character progression".

Insomniac promise it will blow our third-person shooter socks off with its four-player co-op, although we can enjoy it entirely as a singleplayer experience.

"When it comes to Fuse, the biggest thing we’ve noticed when sharing it with others for the first time is that playing is believing,” said Ted Price, CEO and founder of Insomniac Games. “Fuse takes four player co-op in a new direction with features you won’t find in other third person shooters: from LEAP where you can jump between each of the four unique agents at will to the experimental Xenotech weapons to the deep RPG-like character progression system."

"And by the way, all of these features rock for solo players as well. Join us in this brand new universe for a quintessential Insomniac Games experience.”