CD Projekt RED: "Just no way" The Witcher 3 would run on current-gen 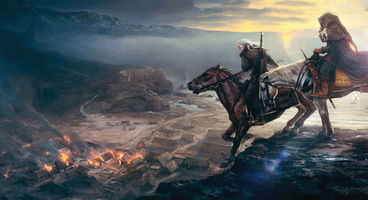 Splitting it across the generations would lead to compromises that the studio won't make. It would take a "couple of years" to bring The Witcher 3 to Xbox 360 and PS3 - not worth it.

"We’ve clearly said we’ll be next-gen only,” Iwinski told Edge. The Witcher 3 has been unveiled for PlayStation 4 and PC, with the latter pledged to be without DRM.

"PC is a non-stop next-gen, that’s the cool thing about it," he continued. "So I think a lot of people with big franchises and massive reach plans, they’ll have this dilemma, and I think there’ll be a lot of comprises made in the industry that might not necessarily be good for gamers.”

"We’re looking for triple-A experiences from the next-gen,” added Iwinski.

“The Witcher 3 is so large… with a world bigger than Skyrim, and everything that we wanted to put inside it, there’s just no way that it would run on current-gen. We’d have to put a couple of years of development into them, and then the experience would be so-so… we’d never do that.”