13 February 2013 | By Nick Akerman
EA's financial chief officer Blake Jorgensen has discussed the company's transition from current gen to next gen technology. Unsurprisingly for an organisation of this magnitude, the upgrade has been a simple one. 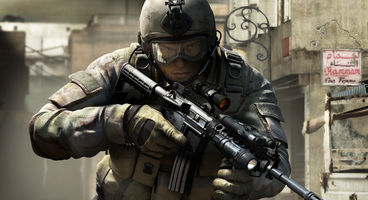 Jorgensen made particular reference to Battlefield's Frostbite engine, and how improving that allows many other titles to receive a speedy upgrade.

"We've always been moving Battlefield well out on the specs because of the huge PC embedded base of that business. And so moving from gen-three to a gen-four is not a huge uptick in cost," he told Gamasutra.

"The other key advantage for us is we've been building those types of titles on Frostbite, which is our proprietary engine. Moving Frostbite up to gen-four was a big task, but once you've done that, you now can do that across multiple titles as long as they're using the Frostbite engine.

"That's been going on over the last year. The early look on some of those products is spectacular. It will be interesting to see how it plays out as it ultimately gets finished."

Jorgensen also suggested that, while nobody outside EA has witnessed the next-gen tech, people should be excited to do so.

"No one's really seen yet… I mean, we have internally, but no one externally has really seen what the look and feel will be like on the new consoles. So I'll reserve judgement other than to say that I think people are going to be pretty excited."

Promising comments from EA's man, but are you guys excited? When the new set of consoles are announced, let's hope we're treated to gameplay footage and not a selection of tech demos.