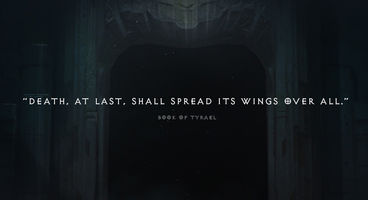 A likely expansion is imminently due to unveil as Blizzard has launched a new teaser site for Diablo III entitled 'Reaper of Souls', and accompany that with a quote from the 'Book of Tyrael' about Death and his wings.

Mike Morhaime, Blizzard co-founder and president, has said the studio will be "sharing more Diablo-related news" at this month's Gamescom event in Cologne, Germany.