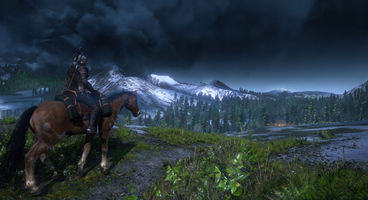 Story writer Jakub Szamalek of CD Project RED has revealed some interesting details about the regions Geralt will be swinging his Witcher credentials around. So far we've only seen the Skellige Islands.

There are "many other regions," and each has its own theme or tone that will colour our experiences. The Skellige Islands are steeped in Nordic-inspired mythology, for instance.

The no-man's land region, heavily scarred by the war, takes on Slavic mythology - its myths and legends. People and communities will behaviour very differently.

"There will be many other regions,” Jakub Szamalek told PC Gamer. “The most important being the no-man’s land. It’s a territory that has been ravaged by war, through which armies have marched and they’ve burned everything they’ve come to on their way. It’s a dark, creepy environment covered by swamps primeval forests. There are sparsely populated areas, small villages full of very distrustful people who are not welcoming to new-comers.”

“This part of the world is based off Slavic mythology and myths and legends,” he continued.

“It has a feel of Brother Grimm’s tales. It’s a dark environment in which there are many secrets to uncover. At times it will feel like a Lovecraft story where you come in to a small community and you know from the start something is wrong, then you discover just how wrong things are.”

While overall the main story will focus a lot less on politics, there's still backstabbery to exploit.

"Another large region is the city of Novigrad, which is based on medieval Amsterdam which has pre-musketeer feel to it, so there’s a political intrigue of cloak and dagger sort of feeling. They don’t worry about food or honour, they want power and gold. This is what motivates them and what makes this environment work," said Szamalek. 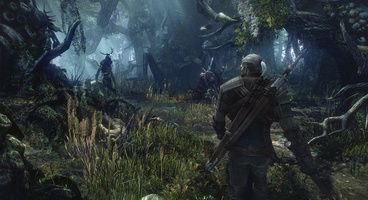 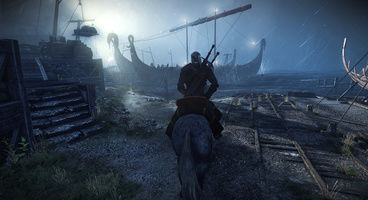 “It’s not only a city, it’s the surrounding forests, fields and residences of the nobles, of the powerful emergent for Geralt to go to parties and learn about the liberal schemes and so on. Again people will be talking in a different way, they are shaped by a different culture and so on.”

“If you become tired, or bored, you can always go to a different place. What’s exciting about the Witcher 3 main storyline is that it’s not linear structure branching, it’s actually a collection of elements which you have to find, combine and then get a full picture in your head." Got a wanderlust that needs sating? Then just saddle up and go.

"You can follow the main story and wherever you go, you can go to one location, get your hands on the main story, learn certain important facts, but at any point you can go to a different location get the main storyline there and then get back, for example," he explained. "So there is another layer of non-linearity, and additional variation and I think you can decide how you face the story and which direction you can go."

“Actually the order you can do things influences how you can see them. In an additional play through you can try making different decisions and you can also try doing things in a different order and get a slightly different angle on things. That for me is a unique exciting thing as a story writer as it opens up new possibility for us to tell even more complex stories.”