02 July 2014 | By Nick Horth
The Areal Kickstarter story continues to rumble on like an unpleasant stomach ailment, with West Games’ Igor Buryak now dismissing the controversy as "nonsense that many media outlets published without doing any research".

Buryak made the comment in an interview with Games-tv, while also responding to accusations of stolen concept art and false claims about having former S.T.A.L.K.E.R developers on the West Games team.

The developer is referring to the ongoing dispute regarding the legitimacy of the Areal Kickstarter, which has been accused by mod team Misery and Vostok Games of representing footage and assets of the S.T.A.L.K.E.R series as their own without right, and exaggerating (or outright lying) about the presence of key GSC World (original developers of S.T.A.L.K.E.R) figures within their team.

“As a matter of fact, this scandal between Vostok Games and West Games is not a scandal at all, but some nonsense that many media outlets published without doing any research," claims Buryak. "thus becoming the victims of this deceit.”

Which, given the very public reaction to the Areal project by Vostok Games, is clearly not true. Along with modder Misery's claims, subsequently withdrawn for legal reasons, there were definite accusations flying around.

“Oleg Yavorsky says we have no former GSC employees," continues Buryak. "He points out high staff turnover in GSC. Well, this wasn’t addressed to West Games. He cant make such a statement because it would simply be a lie. Since we’re at the very beginning of our work we can’t (and should not) make our whole team public, because as soon as we do that they’ll get caught up in gossip and accusations made by our competitors.”

Finally, the developer responds to claims of unauthorized use of S.T.A.L.K.E.R assets. "I would also like to mention that we're not going and do not want to use any resources of S.T.A.L.K.E.R as a brand. We published that concept art on Kickstarter to demonstrate our previous work, the level of quality and traditions we are pursuing."

Whether or not the project is legitimate, West Games haven't handled the controversy particularly deftly. They've largely ignored key concerns, apparently thinking that simply repeating the names of their staff would reassure backers. According to their blog they've just hired lead designer of S.T.A.L.K.E.R.: Shadow of Chernobyl and S.T.A.L.K.E.R. 2 Alexey Sytyanov as a consultant. It will be interesting to see if he makes some kind of statement in the studio's defence. 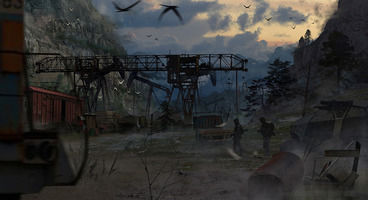 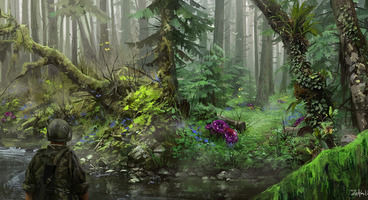