07 November 2014 | By Nick Horth
Developer Harebrained Schemes pulled off a very respectable job with its excellent cyber punk RPG Shadowrun Returns and sequel Dragonfall. So it's intriguing to see the next title they're working on.

That title is Necropolis, a "diabolical dungeon delver" roguelike set in a magical, trap-heavy complex that constantly shifts around the player. 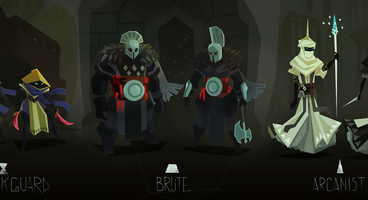 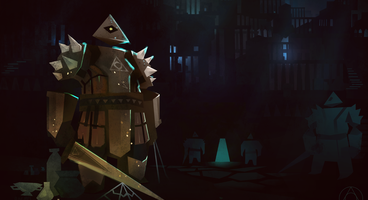 The Necropolis itself is powered by the deaths of adventurers such as yourself, and by the sound of things that means it'll have plenty of power to spare. Each fresh run will feature a brand new dungeon layout, with new traps, enemies and loot. Apparently enemies are interrelated, and there's a complex ecosystem inside the dungeon; you can exploit certain monsters' love for particular foods or fear of certain enemies to defeat them.

Necropolis features a combat system based on timing and animation. Here's how Harebrained describe it; "It’s fast and deadly - learn to anticipate enemy attack patterns, time your actions for maximum effect, and use smart combinations of heavy and light attacks to defeat your enemies. You can’t just button-mash and win."

It all sounds quite intriguing, and there's a real lo-fi style to the visuals. Definitely one to keep an eye on, though we've got a while to wait yet - the game's expected to be ready by 2016.