Alienware: Steam Machines to be "least profitable system we ever sell" 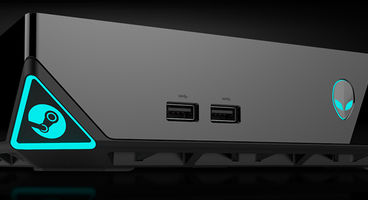 The advent of the Steam Machine is nigh, but Alienware aren't looking forward to a tsunami of profit from their own contributions per year. It's going to be "very challenging," says general manager Frank Azor.

Steam Machines are meant to help migrate the PC into the living room and help spread Steam itself, but while remaining an open platform free of corporate shenanigans.

Alienware's Steam Machines aren't that upgradable and so the PC maker will be releasing one new model each year. They can't be priced too high in order to compete.

"It’s going to be very challenging,” Frank Azor told the Wall Street Journal. "This will absolutely be the least profitable system we ever sell." Consoles make heaps in revenue thanks to royalties, but the Steam Machines are PCs and are based off Linux with SteamOS, so that avenue of revenue is closed.

Valve is also making SteamOS available free meaning you can simply put together your own mini-PC, side-stepping the PC makers for your own creation, which needn't have as many limitations as Alienware's series.