23 January 2014 | By Simon Priest
A debut trailer for the upcoming Beenox developed The Amazing Spider-Man 2 has been released by Activision. It's a tie-in to the second movie, but carries its own narrative thread and a morality system.

If you're haphazardly webslinging around New York City then chances are you'll be labelled a Menace, but help old ladies rough up purse snatchers and you're a Hero.

Much like the first movie-tie of the new rebooted franchise, The Amazing Spider-Man 2 will be open world and third-person, albeit with a "greatly expanded" Manhattan. 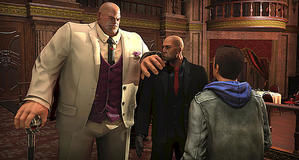