02 February 2015 | By SimonPriest
Ill-gotten gains in Star Wars: The Old Republic is a big no-no, and BioWare has decided what course of action they're to take in dealing with those who used the 'Ravager’s Exploit'. It's a suspension for some, and bans for others.

The studio recognise this is a "no win situation" and admit responsibility for allowing it to go on "for an unreasonable length of time," but now the bill is due for those who took advantage.

BioWare is judging each case "based on the severity", meaning some could just get a day or two suspension from The Old Republic, but the "most egregious offenders" are likely to face permanent bans. What is the Ravager’s Exploit and why is it so bad?

Players discovered that they could teleport others into the 'loot room' at the very end, meaning huge piles of ill-gotten swag were up for grabs. This resulted in large amounts of high-end gear. 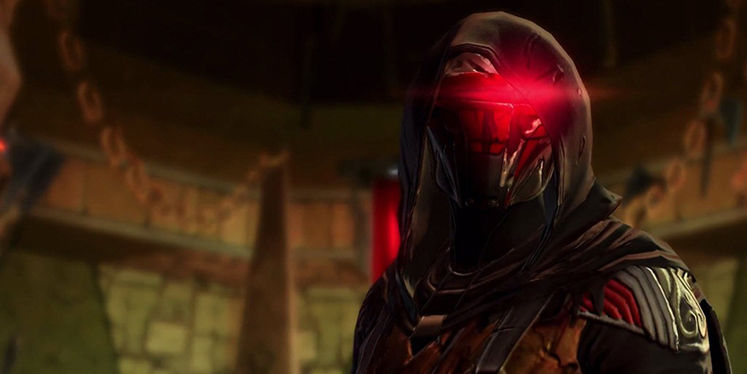 "We didn’t take these actions lightly and reviewed every account to determine where we could be lenient. From our end, this was a no win situation," explained the forum thread. "We feel responsible for allowing the exploit to occur and remain in the game for an unreasonable length of time, but we also cannot and will not condone cheating."

"Thankfully, a large majority of our players didn’t exploit at all, but unfortunately, some of those who did have been with us for a long time, even all the way back to launch. It breaks our hearts to see a few of those loyal players partake in the exploit. Still, it would be unfair to not punish those players, and so we had to take action."

High-end gear and crafting materials are both being retroactively removed from player accounts, and that includes reverse engineered patterns which could upset the in-game economy. Credits and commendations are also being stripped from exploiters.

"We have all learned some valuable lessons this past month or so, and we’re hopeful to catch these types of situations long before they get released or very quickly thereafter. Please continue to do what you can to notify us quickly should we create another situation where someone can benefit by exploiting a bug in the game."