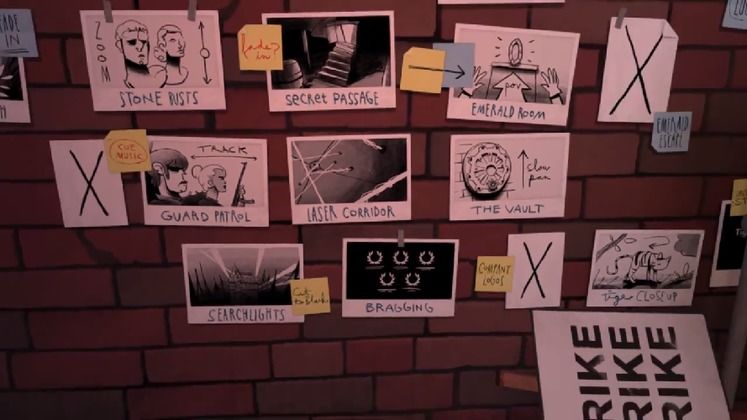 Yesterday, it was announced that one of the co-designers behind the quirky first-person adventure game The Stanley Parable had been working on a new game which would be released today. Not only has it been released, but you can pick it up for free on Steam. Say hello to Dr. Langeskov, The Tiger And The Terribly Cursed Emerald: A Whirlwind Heist

Quite a mouthful to be sure, the game is the effort of William Pugh and his studio Crows Crows Crows. It features the talents of British comedian Simon Amstell and animated TV series Rick and Morty creator Justin Roiland, with whom Pugh is allegedly creating a VR game. Dr. Langeskov is the suitably bizarre first-person story of an "experimental heist".

You'll explore a very meta-fictional universe with Amstell's bemusing comedic tones as narration to your adventure. The game travels very much in the strain of The Stanley Parable's antics. It's not a particularly long game. Average completion will take about 15 to 20 minutes, but it is certainly sure to be quite an experience and at the cost of free, who is anyone to complain?

You can get Dr. Langeskov, The Tiger And The Terribly Cursed Emerald: A Whirlwind Heist on Steam. The game is available now.