22 January 2015 | By SimonPriest
David Cage and his studio Quantic Dream have launched a teaser site that's counting down with 6 days left. There are words on the site that combined can make 'guilt is a chilling feeling', which is a tagline.

Specifically it's to their 2005 game Indigo Prophecy, also known as Fahrenheit, which blends murder, mystery and weird. Could this be a sequel? Everything seems to suggest so, or perhaps a reboot?

The same words can be found on the box art for the game. There's a very real possibility that even if the series continues it won't be reaching PC, as Quantic's last two major releases have been PlayStation exclusives. Check out the teaser site: achillingfeeling.com. 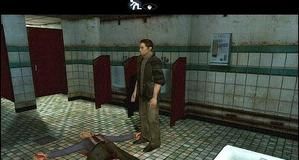