Warner Bros is considering other DC properties for adaptation, but still sees Batman as its "cornerstone" 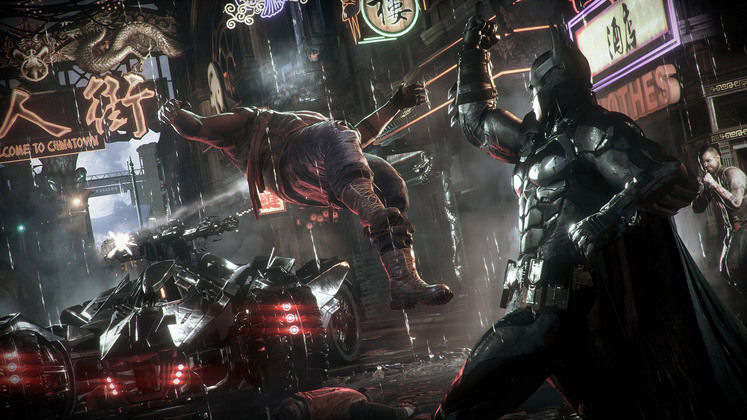 With Arkham Knight done, dusted and.... still not actually available on the PC yet, the best modern video game interpretation of the Batman mythos has finally come to a close. So what next for publisher and DC licence holder Warner Bros?

Although the Caped Crusader remains the company's major pinup star, according to an interview on the PSBlog with vice president of product development Ames Kirshen, other DC stars may get their time in the spotlight as well.

“When choosing what DC Entertainment IP we might focus on for any game, it boils down to honing in on the IPs that map the strongest, genre-wise, to what fans are interested in seeing and playing. From there, it’s about getting the development studios with the strongest passion for those IPs to make the games," Kirshen.

So basically, Green Arrow would sort of make sense for a video game, but Deadman might be a little trickier to pull off. Batman remains the cover star for WB of course, since his heady blend of Gothic moodiness and punching criminals in the face is so incredibly popular. The end of the Arkham series won't spell the end of his video game appearances.

“We don’t have anything to talk about at this time, but the possibilities are endless with a character as dynamic and beloved as Batman,” Kirshen teases.