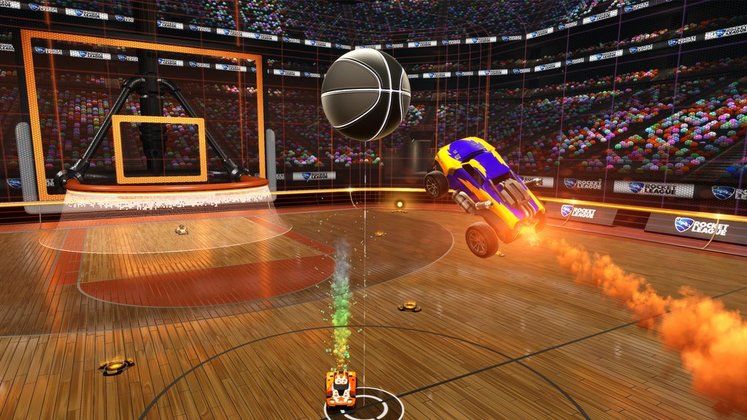 In the past year, Rocket League players have gotten so good at exploiting the physics model in the game that they're able to punch the ball in mid-air, ricochet the ball off high walls, and so on. Psyonix has decided that they would unwrap a new gameplay mode for the game, changing the sport from football to basketball.

March Madness is just around the corner. Great time to tease the mode we're working on next #RocketLeagueHoops pic.twitter.com/rrlEnnFhby

No other information save the screenshot was provided, so expect an official announcement in the near future from the developer.

Rocket League was released back on July 7th, 2015, and earned many awards, including notice in the GameWatcher Best Games of 2015 Awards.