Remember the 90s, when counterculture was cool, and we all thought cursing a bunch and riding skateboards was what the future would be like? You may also remember the 90s as the decade when Kevin Smith was relevant.

Well, hey, it’s the 90s all over again, because Jay and Silent Bob are back! Well, they’ll be back if you back them, that is. On Fig. You may remember Fig as the indie game crowdfunding tool launched last year by some big-name industry veterans. Jay and Silent Bob: Chronic Blunt Punch is looking for $400,000 to bring its 2D brawlerness to life.

The game’s being developed by Interabang Entertainment, whose previous title, the Kickstarted brawler-platformer Super Comboman, was poorly received. But hey, this game has an insult system that looks like an action-based, vulgar version of Monkey Island’s insult swordfighting, so that’s probably alright. 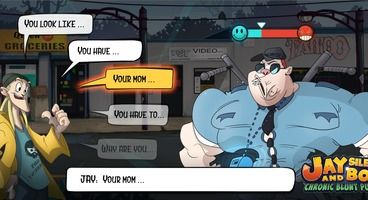 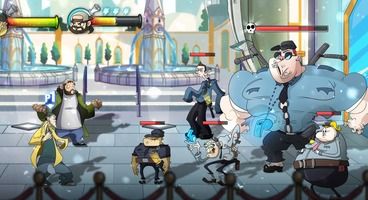 Kevin Smith and Jason Mewes will be providing voiceover, but their role in development is purely a consulting one. Which is maybe a good thing? Not to knock the influence of Kevin Smith’s early work, but it was definitely a time-and-place kind of thing, and his more recent movies haven’t exactly been setting the world on fire. While the crowdfunding pitch mentions censorship as a reason to avoid traditional publishers, it’s not exactly edgy to talk about pot and sex in 2016, so Jay and Bob’s vulgar antics might not necessarily play the way they once did.

Interabang is hoping to deliver Jay and Silent Bob: Chronic Blunt Punch in February 2018, so I guess the proof will be in the final product. If you want to see some vaguely wacky hijinks involving Kevin Smith and hear a bit of profanity, you can watch the pitch video below.