An immersive descent into geometric madness

Euclidean is a term that means “of the system of geometry attributed to the Alexandrian Greek mathematician, Euclid.” It’s not that you’ll need a working knowledge of geometry or Greek history to survive Alpha Wave Entertainment’s immersive first-person experience, Euclidean, but the concepts within that definition are generally at work behind the things that will be killing you if you fail. Described as a geometric horror game, Euclidean is a very unique and strange thing. Calling it a game doesn’t feel like it describes the situation properly. It claims to be a game and there are game mechanics, but they are minimal at best. Because of that, it feels beautiful yet limited.

Euclidean goes out of its way to make you feel like you’re in its world from the very get-go. The start menu of any game is the entry way into that game’s world, but Euclidean takes this way more literally than most games I’ve played. There are options to select, but the game doesn’t begin by the press of a button, but by the observation of a certain obvious focal point. From this moment it sets a certain precedent. It purposely works in very effective capacity to guide your eyes to what it wants you to see and there is a lot to see. 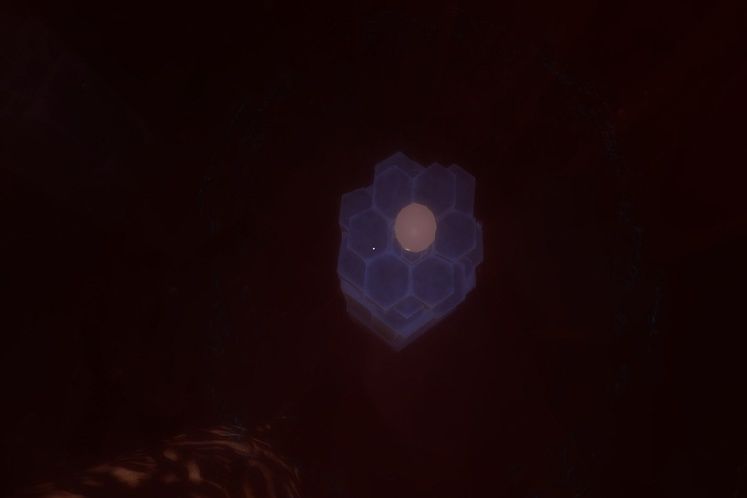 The game’s mechanics are simple. The player takes on the role of an entity that descends through a series of levels, each with a special node at the bottom that you must reach. Between the entity and their goal is a series of obstacles, each of which will end your journey on contact. These obstacles range from the structures of the level from which small creatures will emerge to much larger creatures with set behaviors and movements for you to navigate around. The creatures are all built from rudimentary geometric shapes, but there are pulsations and twitches to each of them that not only give them life, but make them downright unsettling.

Speaking of unsettling, arguably one of the greatest aspects of Euclidean is atmosphere. There is a fog in each level that not only obscures danger ahead, but also gives a feeling of floating through a thick unknowable substance. Player movement is slow and deliberate, so when you realize that you’ve made a mistake and you have no choice but to slowly observe your death, it builds dread. Add to that, it is blatant that when you mess up something awful has happened to you because every death is accompanied by a disjointed scream of anguish. In this way, the game worked at making me feel uncomfortable and never fully in control of the situation. 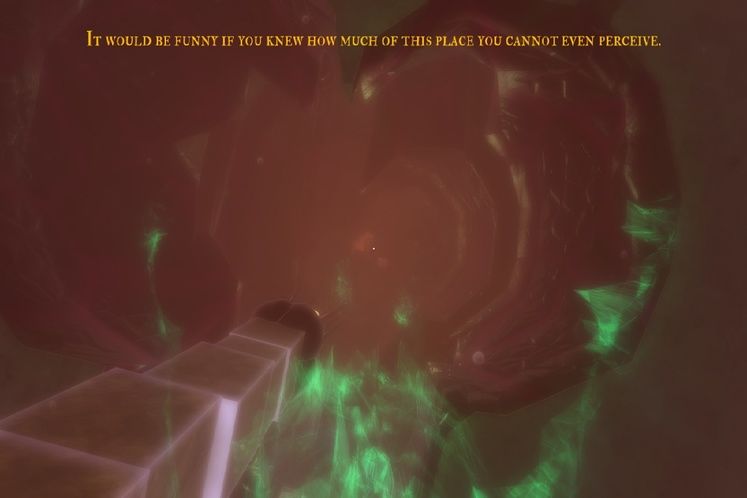 The disembodied voice may taunt you, but it's also your only companion

Besides the subtle mechanics that build the feelings of discomfort and control, there are overt tones as well. Each level has a theme to it. For instance, the level known as “The Descent” has the player navigating an enormous and treacherous spiral staircase affixed around a beam that glows with a sinister light. The whole level looks like a hellscape. Yet as a staircase, it truly does feel like a transition to something that could actually be worse.

Helping to deliver these themes is a deep, disjointed voice. The voice is the player’s only companion throughout the entire game and it’s just as oppressive as the levels and obstacles themselves. It comes and goes in snippets, taunting the player. Still, I found it strangely comforting because it’s the only semblance of human interaction in Euclidean. I’m not so sure that it was meant to be comforting because the voice really is a jerk that’s clearly out to accentuate that I should feel helpless, but when everything else is so disturbing, a clearly speaking voice explaining my hopeless situation to me feels like mild solace. 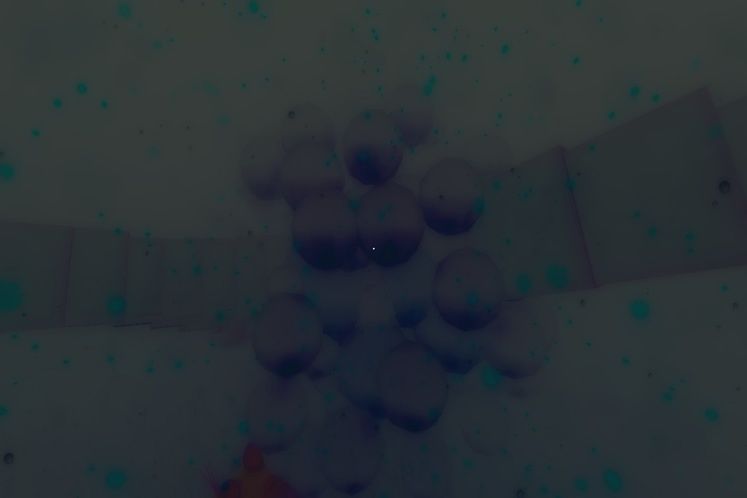 One mechanic that clearly is meant to provide solace on the player’s journey into the abyss is “avoiding”. Avoiding is a one-button press that acts as a defense for averting certain death. During avoidance, the player temporarily cannot be killed and objects will flow harmlessly through the player’s being. It also distorts vision and reveals creatures that can otherwise not be seen. This lasts seconds and once the effect wears off, the player must wait some time before it’s available again. Saving avoidance for a moment when you will really need it is crucial to surviving some of the more thickly inhabited areas, although it will not save you if you touch walls or floors.

As interesting as it is, Euclidean is short and can easily be experienced in one go. There are nine levels and I only found one of them to be a frustratingly hard time. All-in-all, it came out to about two and a half to three hours for me. It’s not a very expensive game ($3.99) and there is a lot to see in the levels, but I still found myself a little surprised to be at the end of the journey as soon as I was. It doesn’t feel hurried, but I got so immersed in it that when it was over, I found myself wanting to see more of what I felt it could offer.

In conclusion, Euclidean is a little hard to judge as a game. It has such minimalist play mechanics, instead providing a hefty audio/visual structure to tell a story. It feels to me as if everything in it is trying to convey that this is something I should be seeing, hearing, and feeling rather than doing. That said, the presentation is stellar and it really points to what Alpha Wave Entertainment is capable of in building an experience. It has full VR support and though I didn’t play it that way, I feel like it would have only served to deeper immerse me in what I saw. It may be short, but it is also easily affordable. If you’ve got a little extra change in your bank account and feel like trying something out of the ordinary, I’d recommend giving Euclidean a try.

The moment of safe arrival at the level-ending nodes is a moment of brief relief and respite and the transition to a new level simultaneously supplies a sense of wonder and dread. 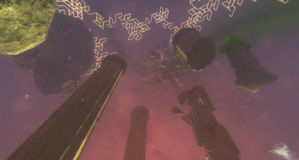