19 August 2008 | By Simon Priest
Posting on their official site 3D Realms have announced that the Duke's first 3D adventure is finally ready for the XBLA masses.

The developer says there's "plenty of really cool stuff" in this millenniums iteration of Duke Nukem 3D, plus some delicious achievements - finally, recognition for stripper tipping.

"We're very pleased to announce that "Duke Nukem 3D for Xbox LIVE Arcade" will be coming to your Xbox 360 console soon," announced an elated dev poster.

They add: "we can confirm that the game has indeed passed final certification with Microsoft on Friday the 15th of August (on our first try, no less)."

"That means the game is done - it is now in the hands of Microsoft. At this time we cannot give you details on release date or points cost, as we do not have that information. There's plenty of really cool stuff in this new update to a classic title."

The complete list of achievements for the Dukester are:

Complete "L.A. Meltdown" on any difficulty or in co-op.

Complete "Lunar Apocalypse" on any difficulty or in co-op.

Complete "Shrapnel City" on any difficulty or in co-op.

Complete "The Birth" on any difficulty or in co-op.

Step on 40 enemies after using the Shrinker on them.

Step in a pile of excrement.

Finish the "Hollywood Holocaust" level in under 3 minutes. 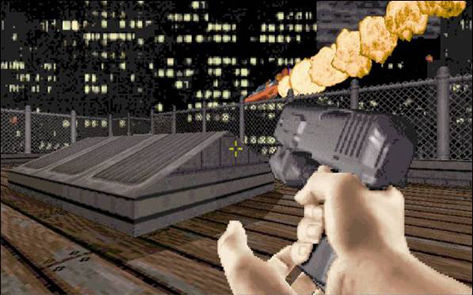