27 October 2008 | By Simon Priest
The great Fable II has come a cropper for developer Lionhead, a game-breaking bug that will stop players from continuing the main storyline.

The team are working to fix the devastating error but luckily it's only triggered if Heroes decide to leave the region during the Abbot's conversation; a lesson in social etiquette?

"We are aware that a minority of people playing Fable II over the last few days have encountered an issue where the Abbot becomes unresponsive at the beginning of Monks Quest in Oakfield," posted a Lionhead dev.

When players are listening to the Abbot and decide to leave the region and then return later the NPC won't respond. The Abbot is an essential character to continue the storyline and so Heroes are left stranded, unable to venture to new regions that unlock past Oakfield.

The workaround is a simple one: just let him speak until his horse and then you can bugger off adventuring elsewhere.

"This is an isolated issue, but we are currently looking into it as a matter of priority," they continued.

"If you have already encountered this issue, there is unfortunately no work-around at this time, but we will keep you updated on any progress made."

Given the scope of the game and the wide range of choices open to the player, as well as the different approaches to general gameplay it's not surprising that some things "slip through the net during development".

"Again, we can only apologise for this issue, but we are doing our best. We might be silent on these boards, but we are watching and listening to you, the community, and are looking into all serious issues that are bought to our attention." 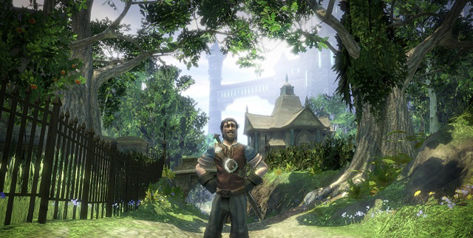