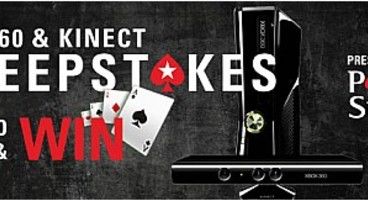 Gearbox boss Randy Pitchford has hit out at developer Valve again, this time for "bashing" Sony's platform like fanboys do, it's "childish".

"I noticed something on the net not too long ago. Doug Lombardi (Valve's VP Marketing) had to take a swipe at the PS3 again, and I thought it was foolish. I read it the same way I read fanboys," Pitchford told UK Official PlayStation Magazine, reports 1UP.

"Like there's a guy who brought the Sony platform and he's a Sony guy, so he decides he's going to spend a certain percentage of his time bashing Microsoft. And there's a guy on Microsoft doing the same thing. Those guys are childish and narrow-minded, it's the same kind of thing."

Orange Box has been ported from PC to both Xbox 360 and PS3 but the latter has been neglected, with Pitchford saying this is so because Valve has to give cuts to other developers. Valve "thinks their own stuff is the only stuff that matters, to the point where they have their own distribution platform," he added.

"I'm actually kind of mad at Doug because with the Orange Box, he said the 360 and PC versions are the good ones and the PS3 version is like the stepchild because some other developer made it. Well you, Valve, don't really think that, because look what you've done on the PC side."

"You've supported that, you've added all this content to Team Fortress 2, and you've left us hanging. It's hard to accept that genuinely, because I know the business, I know you guys make half the money on the PS3 version because you've got other fingers in the pie, and other developers getting a cut," continued the studio boss.

"It benefits you if nobody buys that, and only buys the PC version, because you make the most money. There's this underlying sleaziness. You know what, I thought the performance was a little slower on the PS3, but it looked better. The colors were nicer, I thought the image looked better on PS3. It was a trade-off between the performance and the visuals. And I like visuals."

Gearbox has just released Borderlands, an action-RPG with a zillion different guns and a striking art style. It hasn't been without complication though as its online component suffers a rare bug that can wipe character skills. It's a top seller on Xbox 360, PS3 and PC – have you got a copy in hand, videogamer?