Quantic's Heavy Rain "on time, on budget" thanks to studio maturity

13 July 2009 | By Simon Priest
Guillaume de Fondaumiere, co-CEO of Quantic Dreams and EGDF chairman, has praised his company for getting themselves organised to deliver Heavy Rain.

The team knew they'd need "external resources" for their next game, so they focused on internal management to handle working with "faraway outsourcing companies". It's going great.

"We understood we'd have to double the structure in our studio, that we'd have to rely on external resources to produce our next game," de Fondaumiere told GamesIndustry.biz. "And for almost a year and a half we not only worked on technology in setting certain standards, and the quality bar on the development, but also on the organisation."

"So it took quite some time, but it's been quite successful, and we're very happy with how we organised internally to be able to work with faraway outsourcing companies, the way the outsourced work was delivered, and the way that the whole thing integrated into the final game."

"But from what I can tell, looking especially at the games I've seen at E3, a number of developers are doing this successfully. I think we've reached another stage in the industry where developers can be much more mature."

The studio boss also commented they have "a great relationship with SCE", and that it's not only developers that are maturing but publishers too. What does all this mumbo jumbo mean for the common gamer? Heavy Rain's forecast is fit and healthy, that's what. 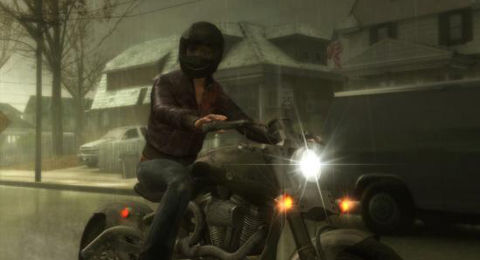