14 May 2009 | By Simon Priest
With the release of their first console project, Battlefield: Bad Company, DICE felt the audience of gamers needed to be treated "a bit more gently".

Hardcore was home to PC, console gamers weren't so "competitive and dedicated" a bunch. However they've since noticed the error of their ways, it's "equal terms" for all now.

"I think one of our biggest mistakes with Battlefield: Bad Company.. was that when we started making it, laying out the plans, the view on the gamer was that it's a console audience, and we need to treat them a bit more gently, since they're less experienced," DICE creative director Lars Gustavsson tells GamesIndustry.biz.

He's been involved with the franchise since the beginning, admitting they entered the console scene with Bad Company carrying some prejudice against the more 'casual' consoler.

"For a very long time I think the PC audience was seen as the hardcore, the most competitive and dedicated audience," he said. "Maybe at one time that was partially true, but now we definitely see a fanatic shooter audience on console."

Battlefield: Bad Company 2 is being released on Xbox 360, PS3 and PC this winter. There not going to be namby pamby when it comes to the next-gen versions anymore.

"Now, looking at our console audience, we just had this discussion that we should more or less handle them on equal terms," notes Gustavsson.

"A lot of PC players like me have become old farts, with children at home, and it's harder to find the time to sit in front of the PC." That what 'sick days' are for stupid.

"Therefore, when they find a good shooter title they'll expect more or less the same possibilities when they fight it out in a console game as they would in a Battlefield PC title."

Do you think console gamers are as hardcore as the PC breed? 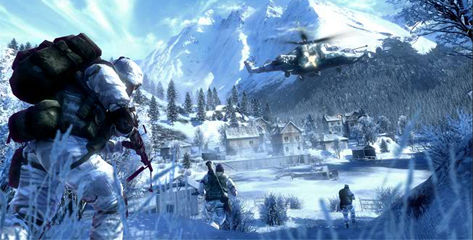