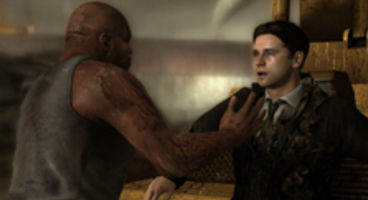 What's a bit of violence and nudity for a 15 year-old's mind? Not much says the BBFC as they give PS3 exclusive Heavy Rain a 15 sticker.

Developer Quantum Theory packed in "strong language, violence and sex," but that's no reason to deny under 18's. What will the OFLC say?

"Contains strong language, violence and sex" is the consumer advice from the BBFC, reports CVG. Will our gaming brothers and sisters Down Under get their MA15+?

Heavy Rain is releasing exclusively on PS3 sometime this year.