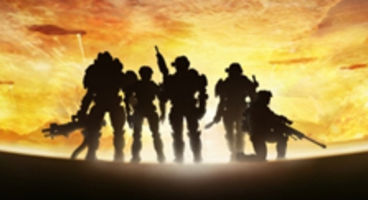 The split from Microsoft Game Studios hasn't changed the "day to day" over at Bungie but it's 'reinvigorating' to return to their "independent roots".

The team has got 'renewed inspiration' as they continue their push "towards world domination." Bungie is in a 10-year contract with Activision.

Well if ever there was a published to help conquer the globe it's Activision Blizzard. "For the most part, day to day development within Bungie hasn't changed since the studio divested from Microsoft," said Bungie community lead Brian Jarrard.

"If anything, the return to our independent roots has reinvigorated the team and been a renewed source of inspiration as we continue pushing towards world domination." Halo: Reach is Bungie's last instalment in the franchise they created, owned by Microsoft.

A 10-year publishing deal exists between Bungie and Acti ever since they left camp Microsoft. They seem genuinely excited for the future, let's hope it means great games.