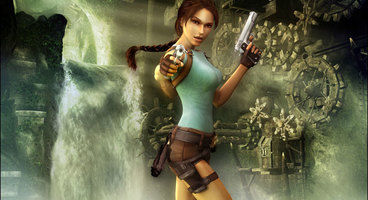 Update: Rebellion has now confirmed the news and issued the following statement:

Leading independent videogames developer Rebellion today announced that corporate restructuring will take advantage of the expanded facilities at their Oxford Head Quarters and the Runcorn studio. The Derby facility, acquired from Eidos, is coming to the end of its lease, and staff are being consulted on its future.

Jason Kingsley, CEO and Creative Director of Rebellion said, "We are very excited about the expansion of our Oxford offices, the home of Aliens vs. Predator. Recruitment is ongoing both in Oxford and in Runcorn. However, growth is sometimes painful, never more so than in the current climate and we have had to take a long hard look at how we operate our studio network. Strategically we have decided to review the need for the Derby facilities, and consultation with staff at Derby is ongoing.”

Ah the rumour mill – backbone of the videogames industry, and one of our major sources of information... or at the very least, stuff to talk about.

The latest rumour to arise today is that Rebellion Derby – creators of Rogue Warrior and the original Tomb Raider games under their former name, Core Design, are closing.

Rebellion themselves had declined to comment, but apparently staff at the Derby branch were told the news today.

Core Design was purchased by Rebellion in 2006, and the company also has branches in Oxford and Liverpool.

More on this as it comes.