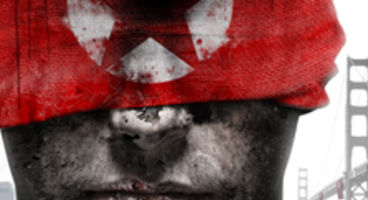 THQ has confirmed that the upcoming North Korean invasion of the US has been delayed. Homefront will now release in March 2011 instead.

Well that's not too bad really considering it was scheduled for February anyway. THQ recently pushed back Red Faction: Armageddon to May 2011.

Yes that month of February was looking a bit iffy to THQ's marketing seers so they reckon March will be better for Homefront. Kaos Studio says their shooter is not some Modern Warfare 2 wannabe; in fact it's closer to Half-Life 2 they said.

"It's empty. There's no humanity, no civilians, just a bunch of soldiers fighting with a backdrop of America," said boss Dave Votypka, referring to MW2's USA. "Homefront is much more than that. It's about experiencing the occupation from a combat side and humanitarian side."

"Half-Life 2 was one of our inspirations for the game, especially when it comes to telling an engaging story and having a deeper world than most shooters," he continued.

"We want to take the America you know and show it twisted by the Korean occupation. That kind of thing wasn't in Modern Warfare 2 - It was in Half Life 2 to an extent - and it's a big focus for us." Homefront releases on Xbox 360, PS3 and PC March 2011.