Ruffian: Crackdown 2 can "definitely expect a demo" before release 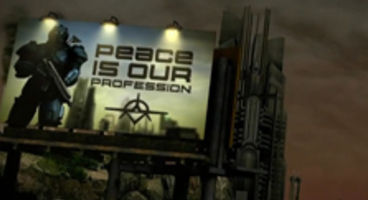 Great news for Crackdown fans as sequel developer Ruffian Games announces a demo will be coming to Xbox Live before it launches.

The original's demo "was fantastic" and they want to "carry on in that form," says producer James Cope. There's no date for it yet though.

"You can definitely expect a demo to hit Live before the game is out but I can't say when that will be... Yet. The Crackdown demo was fantastic and we want to carry on in that form," Ruffian Games' Cope told IGN.

Compacting a big sandbox world into a demo can be difficult, though can often lead to hilarious antics as gamers try to 'break it'. Crackdown 1's demo had singleplayer as well as online co-op play, and judging by Ruffian's comments, it could have the same.

Crackdown 2 is exclusively releasing on Xbox 360 sometime in early 2010.