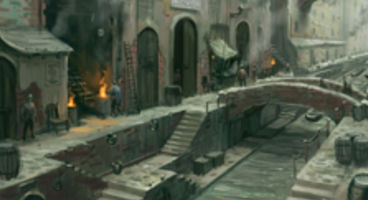 Lionhead Studios big boss Peter Molyneux has announced the studio will be releasing episodic DLC post-release, to extend the world.

Molyneux says it "would be brilliant" to walk through "Charles Dickens’ London," and they hope to capture some of that grime in Fable III.

The boss was talking with Bit-Tech: "We’ve always had a feel for Fable as a game that’s got a big story, that starts in King Arthurs time and goes through this big arc", he said, "but I’ve often thought it would be brilliant to be walking through Charles Dickens’ London."

"It was such a dark place and very episodic too – so we’re doing that with Fable 3, we’ll give you the first big episodes, and you’ll be able to download new episodes, which is analogous to the way Dickens wrote," continued the Fable creator.

The in-game shops for Fable III, which hopefully won't suffer severe stock shortage if the town economy does well like in the second game, will be unique in that they connect to the Internet. Lionhead will have servers that put out new gear for gamers.

"Some of the shops in Albion are linked to the internet, and every so often, populated by stuff from Lionhead. You don’t have to go out to some horrible dashboard and download the Armageddon Pack 5," he explained.

So that's episodic DLC and Internet ready shops in Albion - quite the cutting edge world. Molyneux also touched on Natal's involvement saying how at certain points it can come into play but isn't required: "...it's cute, funny, engaging. You don't need it but it does enable an enhanced Fable III," noted the Microsoft creative guru.

Fable III is exclusive to Xbox 360 and due out this fall. It will support importing your Fable II saves which can then impact certain parts of the third game. 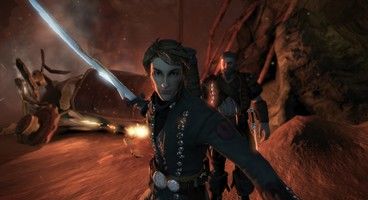 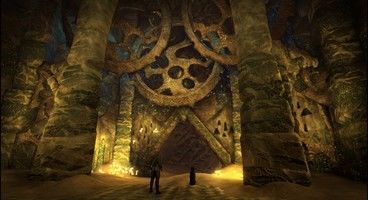