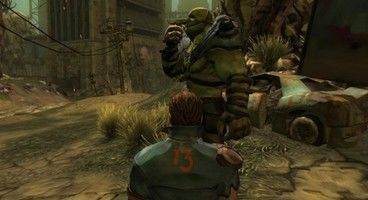 A lot can change over the course of a night. When the news broke yesterday evening (for us brits), we thought we'd start the morning announcing the end of the dispute between Bethesda and Interplay.

Not so. According to Kotaku, despite the appeal against Interplay being dropped, the overall proceedings are very much alive.

"That is still ongoing and has not been resolved. It is a minor procedural thing that took place, not a dropping of the lawsuit," said Bethesda front man Pete Hines, when asked about the suit.

"The bottom line is it's an ongoing legal matter, it's in no way, shape or form done. We're going to let the process play out in the courts, which is what we've said all along, but beyond that I can't give specifics as to procedures. That's not my domain."

It seems the future of Interplay and the Fallout MMO they're supposed to be working on is still in the balance.