23 June 2010 | By PRBot
EA and developer Hothead Games announced today that the upcoming downloadable action-RPG, DeathSpank, will be released on July 13th for PlayStation Network and July 14th for Xbox LIVE Arcade.

Gain quests from a colorful cast of characters, and vanquish evil with fast and furious action as DeathSpank scours the world for a mystical artifact. Developed under the direction of The Secret of Monkey Island creator and industry icon Ron Gilbert, DeathSpank combines Gilbert’s unique humor and wit with fast, addictive action-RPG gameplay, making for a hilarious and massive epic quest for justice. 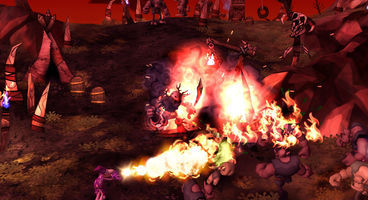 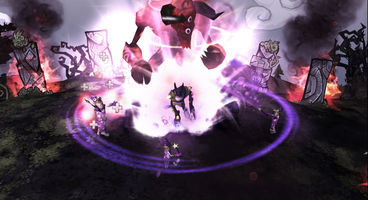 The game puts players in the mighty boots of DeathSpank, the “Dispenser of Justice”, “Vanquisher of Evil” and “Hero to the Downtrodden”. His life-long destiny is to embark on an epic journey in search of a mysterious artifact known only as, “The Artifact”. DeathSpank will feature local co-op gameplay, allowing friends to team up on the same console as both DeathSpank and his trusty sidekick, Sparkles the Wizard. Sparkles’ abilities are magical, serving as the perfect complement DeathSpank’s weapons-based attacks as the duo battle against the intolerant minions of injustice.

Along the way DeathSpank and Sparkles will rescue some orphans, defeat a local tyrant, help an aging adventurer, and dive headlong into an even deeper mystery in an epic action-RPG that includes collecting loot, solving crazy puzzles, witty dialogue, collecting loot, a ton of weapons, fun and accessible action, and of course, collecting loot.