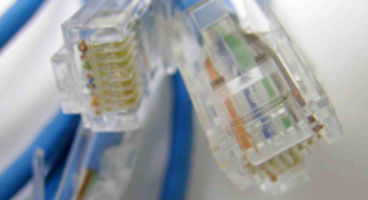 Publisher Ubisoft gets that gamers hate DRM for their PC titles so they'll drop them from future projects, but only because they have an idea.

Instead of CD checks and install limits, what about forcing users to login to Ubi accounts to access their games? Internet link mandatory.

Yes, this is the solution that Ubisoft has come up with. Instead of dodgy and highly controversial systems like StarForce, they'll just make sure you have to login in order to get a hold of your games for PC.

"If you own a hundred PCs, you can install your games on a hundred PCs," said Brent Wilkinson of Ubi, speaking with GameSpy. That's great, and what's more is that future titles will upload all your save data remotely so you can fire up from last time anywhere.

However there's a tiny problem for those without Internet, and that's that you won't get to play these future Ubisoft titles like the upcoming Settlers 7: Paths to a Kingdom. Surely there's an alternative solution for such gamers? No - no Internet means no game.

"We think most people are going to be fine with it. Most people are always connected to an Internet connection," was Wilkinson's response to any worries about consumer backlash. So from Digital Rights Management to, erm, Accounts Right Management?

I'm confused, is this strike against piracy or another against the consumer?