Sony: We're just "hitting our stride" with PS3, next cycle is way off 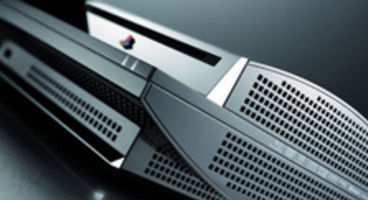 So when's that PlayStation 4 getting revealed Sony? SCEA boss Jack Tretton "can't even imagine" the technology behind PS4 "in the near future."

PlayStation 3 has just passed its third year, and Tretton doesn't believe people are asking for the next console yet. Just starting to "harness" PS3.

"We’ve just passed the third year of the PlayStation 3 and we’re just hitting our stride. And I don’t think anyone is saying, ‘This is a five-year cycle; what’s new on the horizon?’ I can’t even imagine what can be done technically beyond the PlayStation 3 in the near future,” Sony Computer Entertainment America CEO Jack Tretton tells Fast Company.

“A question I often get is when we are going to see PlayStation 4. When somebody can craft the technology that exceeds what we’re able to do on the PS3, but we are still just starting to harness it.” Looks like the PC will have its day again, thanks to fancy new DX11 graphics cards and better processors - take your time PlayStation 4, no rush.

Who'll break first do you think? Microsoft or Sony with a new next-gen console?