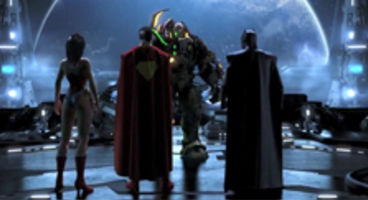 PS3 gamers won't need a PlayStation Plus account for the console MMO. Famous heroes like Batman are playable through the in-game simulator.

You create your own super-hero to inhabit the DC Universe and will bump into the big names along the way, either undertaking quests from them or even accepting them as mentors. Superman and the like are playable but only through a 'simulator'.