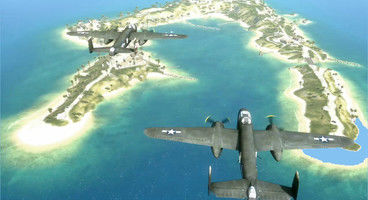 It's barely been nine months since EA released it's mini-Battlefield title Battlefield 1943, and already it's grown to become the fastest selling game on Xbox Live.

"The reception of Battlefield 1943 continues to amaze us, even months after the game was released,"

"Being the fastest game to reach this milestone is an incredible achievement. The game has set a new standard for what can be done in the downloadable games category. It's fantastic to see how gamers have recognized the value that the game delivers for just $15. It is another great entry point into the Battlefield franchise."

Battlefield 1943 is currently priced at 1200 MS points... a price that some people think is worth a handful of maps.