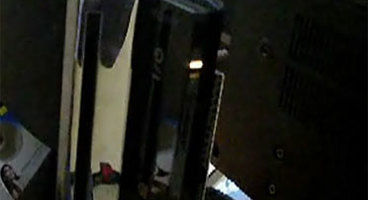 Hinkley wrote: Looking at these numbers then, we can deduce that 83.5% of all Xbox 360's ever sold are considered "active" (therefore 16.5% of them have been broken or otherwise gone missing). On the other hand, 89.7% of all PS3's sold are currently active (meaning 10.3% of them are broken or missing).

Wait a second. That would indicate there is only a 6.2% disparity between the total number of Xbox 360's that have failed and the total number of PlayStation 3's that have failed. This seems to go against popular belief that the Xbox 360 had monumental failure rates, regularly being reported around 33% and according to one survey as high as 54.2%. One would expect that if the failure rate were ever truly were that bad, the current active user base would be much lower than it is now.

It seems to indicate that the reputation built by the Xbox 360's Red Ring of Death issues have given the impression that the high failure rate still exists; the Xbox 360 S was built specifically to kill those issues with a cooler chips, better ventilation, and such. It seems that the only issue right now for the Xbox 360 in terms of failure rate is perception.