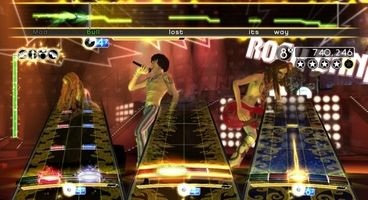 Harmonix has announced that after January 18, the Rock Band store for the Wii version of Rock Band will be shutting down due to lack of use.

While the Rock Band games on Wii have sold reasonably well, Wii owners have not taken advantage of the Store to buy new songs. Harmonix cited the "smaller online install base, limited demand for releases so far and the significant amount of work it takes for our producers and audio team to convert and process these additional tracks."

This is just one more issue that Nintendo has with the online space.