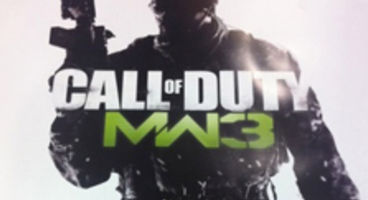 An alleged poster from 'retail sources' reveals that Infinity Ward's Call of Duty: Modern Warfare 3 will be hitting the shelves, and our wallets, November 8th.

This backs up earlier reports of a 08-11-11 release and the poster appears to carry the box art of the game too, along with its now confirmed MW3 logo.

Infinity Ward's community guy Rob Bowling has officially stated that the studio is working on Modern Warfare 3 and released a slew of teaser trailers for fans over the weekend. This year's E3 is expected to showcase what the studio team has been working on.

The poster, of Australian origin presumably, surfaced at IGN. Call of Duty: Modern Warfare 3 releases on Xbox 360, PS3 and PC this November, if retailer leaks are true.