Yakuza as PlayStation exclusive "probably not going to change" 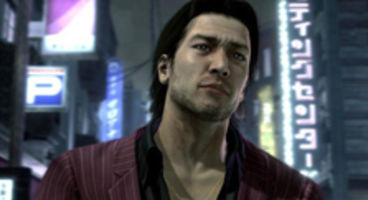 Toshihiro Nagoshi of SEGA notes that their open-world franchise of Yakuza will most probably be sticking with PlayStation as Sony "showed interest".

They tried reaching out to every platform holder but they were "negative" about Yakuza, until Sony was won over by SEGA. It's not heading for Xbox 360.

"At the beginning of the project we spoke to all the platform holders including Sony and Microsoft," explained Toshihiro Nagoshi. Yakuza released on PS2 in 2005.

"Every platform holder was negative about this prospect, but we kept on pushing because we believed in the potential, and as we kept going one platform holder that showed interest and saw the prospects of this title was Sony."

"That's how we started working with them, and that's probably not going to change." Sorry but SEGA won't be pulling a Square Enix/Final Fantasy move anytime soon. Nagoshi-san is busy with sci-fi shooter Binary Domain at the moment.

If Yakuza continues, it won't be in the same style it has been up until now. "The basic style and mechanics is really an old game that started on PS2 and continued on PS3."

"Times keep changing, and if we started on some new games they would be in a very different shape - so the last game was the end of one particular era," he said. The last entry was zombie spin-off Yakuza: Of the End. Are you a fan of the series?