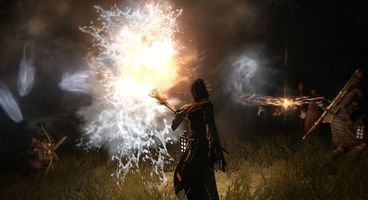 Capcom hinted around five weeks ago that it was considering a Dragon's Dogma sequel despite disappointing sales. The publisher's investor call yesterday regarding the first quarter 2012 financial period seems to indicate that a sequel is indeed in the works.

According to Capcom during the call, "Dragon's Dogma was a bigger-than-expected hit domestically, while overseas, it was slightly below our initial forecasts. However, in both domestic and international markets, unit sales increased with a steady expansion of repeat sales. Under current market conditions, we consider the sale of one million units for brand new titles to be a relative success. Given this, we are in a position to favorably consider subsequent titles."

Capcom revealed something that might account for the publisher's good feelings - it saw its profits rise 290% during that period, alongside Dragon's Dogma's release. Capcom had stated from the start that it saw the game as the start of a major IP.

Dragon's Dogma game director Hideaki Itsuno stated last month that a full sequel would be developed if the fans wanted it. Sounds like the publisher is obliquely challenging fans to make a new internet petition, just as Namco-Bandai did with the PC version of Dark Souls.