10 May 2012 | By Jonah A. Falcon
Sony has announced that the PlayStation 3 would finally be getting its own Call of Duty: Modern Warfare 3 bundle, months after the Xbox 360 enjoyed its own version of the bundle. 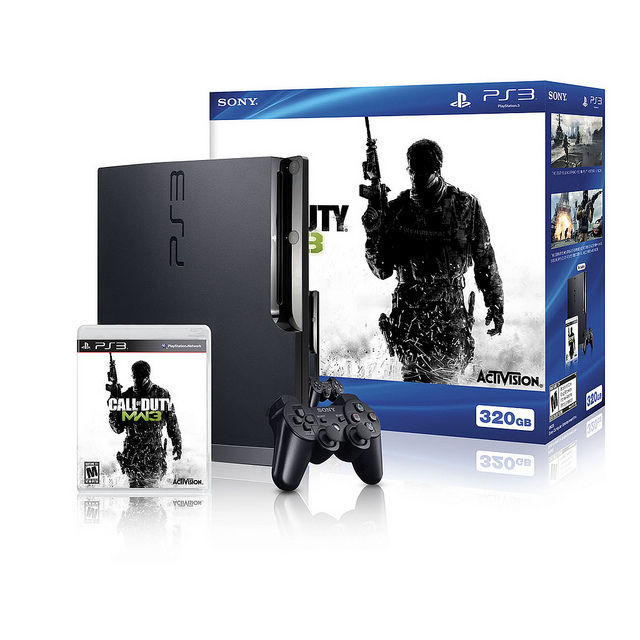 The bundle is fairly barebones, considering the Xbox 360 bundle included a "battle-worn" style console, a 320GB hard drive, a regular edition of Modern Warfare 3, and a pair of MW3-themed Xbox 360 wireless controllers. That bundle now costs $349.99.