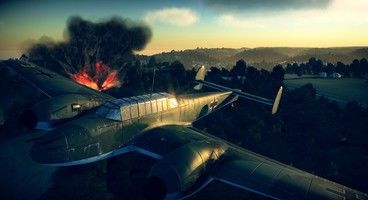 The Battle of Britain campaign is added, featuring "five pivotal" missions and three Versus maps, as well as adding 42k lions to the user profile. The second DLC adds new planes.

The Republic Aviation’s P-47 Thunderbolt and a Vought OS2U Kingfisher to be exact, as well as 30k lions to be spent on unlocks. The DLCs are available to buy right now.